On this Halloween—or any average workday—you may encounter some ghoulish listening practices. 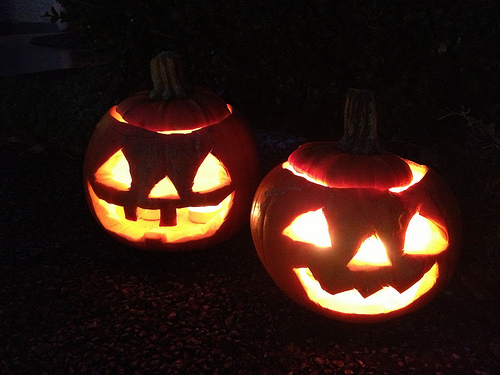 While you may not be able to trick bad listeners out of their ghastly habits, you can always treat your own conversation partners by giving them your focus and empathy.

Blackberry may be losing market share, but the proliferation of listeners who bail from conversations to look at their smartphones will outlast us all. The descendants of the original “crackberry addicts” are like eternal vampires sucking the blood of meaningful connection out of their conversations.

The Robot Programmed to Listen Actively

Active listening is an important technique that can become robotic if taken too far:

Lawyer:    You’d like to get an update on your case. Yes, let’s do that because it’s very important to keep you updated on your case.

Lawyer:    You want to know how’s it going. It is going very well. In terms of the “how,” we are preparing a motion to exclude evidence. In terms of the “it,” we haven’t talked settlement with the other side yet, but with your permission can do so this week. And in terms of “going,” discovery has closed and the trial date will be set in the next month or so. How’s it going for you?

As Michael Nichols writes in The Lost Art of Listening, active listening fails when it’s a self-conscious technique:

There’s nothing wrong with active listening. Acknowledging what people say is part of the essence of good listening. The problem is that when listening is reduced to a laundry list of how-tos, some people make more of an effort to show that they’re listening than to actually listen.

You’d walk out his office feeling like a million bucks, won over completely by his knowing, empathetic smile. It might take a while, but eventually you’d realize he hadn’t acted on anything you said, even though he had given every indication he was processing what you had to say and was in agreement.

What lies beneath? Are they not paying attention, not understanding, or not motivated to listen? The listening mask makes it hard to know.

As with the Listening Mask, no outward clues tip you off that your conversation partner may actually be a Hostile Tape Recorder. Talking and listening proceed as usual. But this person’s brain is not only a brain; it is also an audio recorder. You say something to this listener and there is an imperceptible “click” as your words are recorded.

Like a suspense film that shocks and thrills by bringing back the supposedly deceased victim from the first scene to deliver the climactic blow, the Hostile Tape Recorder can shock and dismay with the capacity to bring back exact words, in quotes, from the dead. Usually in nasty e-mails.

So on this Halloween, beware this parade of horribles. Feel free to share your own stories of the most hideous listener you’ve encountered in the comments below. Leave out the identifying details, but please share your horror stories of listening. And Happy Halloween.

This article was inspired by Bernard Ferrari’s Power Listening. Ferrari describes several archetypes of poor listening. As indicated above, one is the “Pretender.”  There is the “Opinionator” who “listen[s] to others really only to determine whether or not [their] ideas conform to what the Opinionator already knows to be true.” And there is the “Perseverator” who “appear[s] to be engaged in productive dialogue” while actually “editing on the fly, fine-tuning what he is saying through constant reiteration.” Ferrari pigeonholes some other problem listeners; his book also offers a lot of good C-suite-type advice for effective listening. I recommend Power Listening and will explore it in more depth at a later (non-Halloween) date.