Many thanks to Rhani M. Lott of Emory Law School for this guest post.

“I do want to thank you, first, Judge Aquilina, for giving all of us the chance to reclaim our voices. Our voices were taken from us for so long, and I’m grateful beyond what I can express that you have given us the chance to restore them.”

First, they provide information to the sentencing judge or jury about the true harm  of  the  crime—information  that  the  sentencer  can  use  to  craft  an  appropriate  penalty.  Second, they may have therapeutic aspects, helping crime victims recover from crimes committed against them.  Third, they help to educate the defendant about the full consequences of his crime, perhaps leading to greater acceptance of responsibility and rehabilitation.  And finally, they create a perception of fairness at sentencing, by ensuring that all relevant parties—the State, the defendant, and the victim—are heard.

In light of the Nassar trial, I have been thinking a lot about how a judge should handle victim impact statements.  I’m not alone.  My social media feeds are full of lawyers celebrating and excoriating Judge Aquilina.  One career public defender had this to say:  “Grandstanding on a grand stage, let’s not forget that a judge’s role is to administer justice, not advocate for one side or the other.”  Another friend, a family law attorney, wrote, “[t]he way that Judge Rosemarie Aquilina handled the survivors in this case brings me hope for our justice system.” 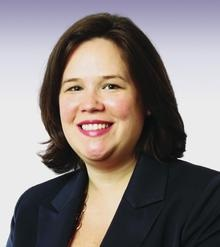 If we are chiefly concerned with victim impact statement’s utility in providing information that the sentencer “can use to craft an appropriate penalty,” then we want the judge to be listening to learn.  We will be disappointed if there does not appear to be a correlation between the statement and the sentence.  Santa Clara County Judge Aaron Persky finds himself facing a recall election at least in part because of his failure to listen and heed the pleas in a victim impact statement that attracted national attention in the Stanford rape case.

If we believe the “perception of fairness” is paramount, then we might think the judge should listen attentively but not engage with the victims.  For example, Rachel Marshall criticizes Judge Aquilina for the way she “talked to victims as though she were their confidante . . .” Rachel Marshall, The Moment the Judge in the Larry Nassar Case Crossed a Line (January 25, 2018).  Ms. Marshall is worried about “future defendants who shouldn’t get sentenced harshly but may face judges too swayed by their own emotional reaction to victims . . .”  A former colleague I spoke with has the same concern about judge’s being “swayed by their emotional reaction,” but for a different reason.  She prosecutes crimes against women and children and has seen judges swayed by emotional pleas for leniency from domestic violence victims even when that leniency is not in the best interests of justice or the victim.

If we believe that “help[ing] to educate the defendant about the full consequences of his crime” is an essential aspect of victim impact statements, then we may expect the judge to be unobtrusive.  If the defendant is the primary audience for the statement, then it will be upsetting if the statement becomes too much like a conversation between judge and victim.  We may also find it inappropriate if the judge’s commentary doesn’t leave room for “acceptance of responsibility and rehabilitation.”

Finally, if we highly value the therapeutic aspects of victim impact statements, then we might demand a judge engage in empathic and active listening.  We might appreciate someone who, like Judge Aquilina, “punctuate[s] each and every victim statement with some words of her own—a mix of praise, gratitude and support for the women who have come forward to address the court and, in many instances, Dr. Nassar himself, who has been a captive to it all from the witness box.”  Scott Cacciola, Victims in Larry Nassar Abuse Case Find a Fierce Advocate: The Judge (January 23, 2018).

Perhaps Judge Aquilina was not grandstanding; maybe she was just trying to maximize the therapeutic aspects of the process.  That doesn’t make her actions right or wrong, but considering it might help us understand why she “listened” as she did.

One thought on “How Should Judges Listen to Victim Impact Statements?”